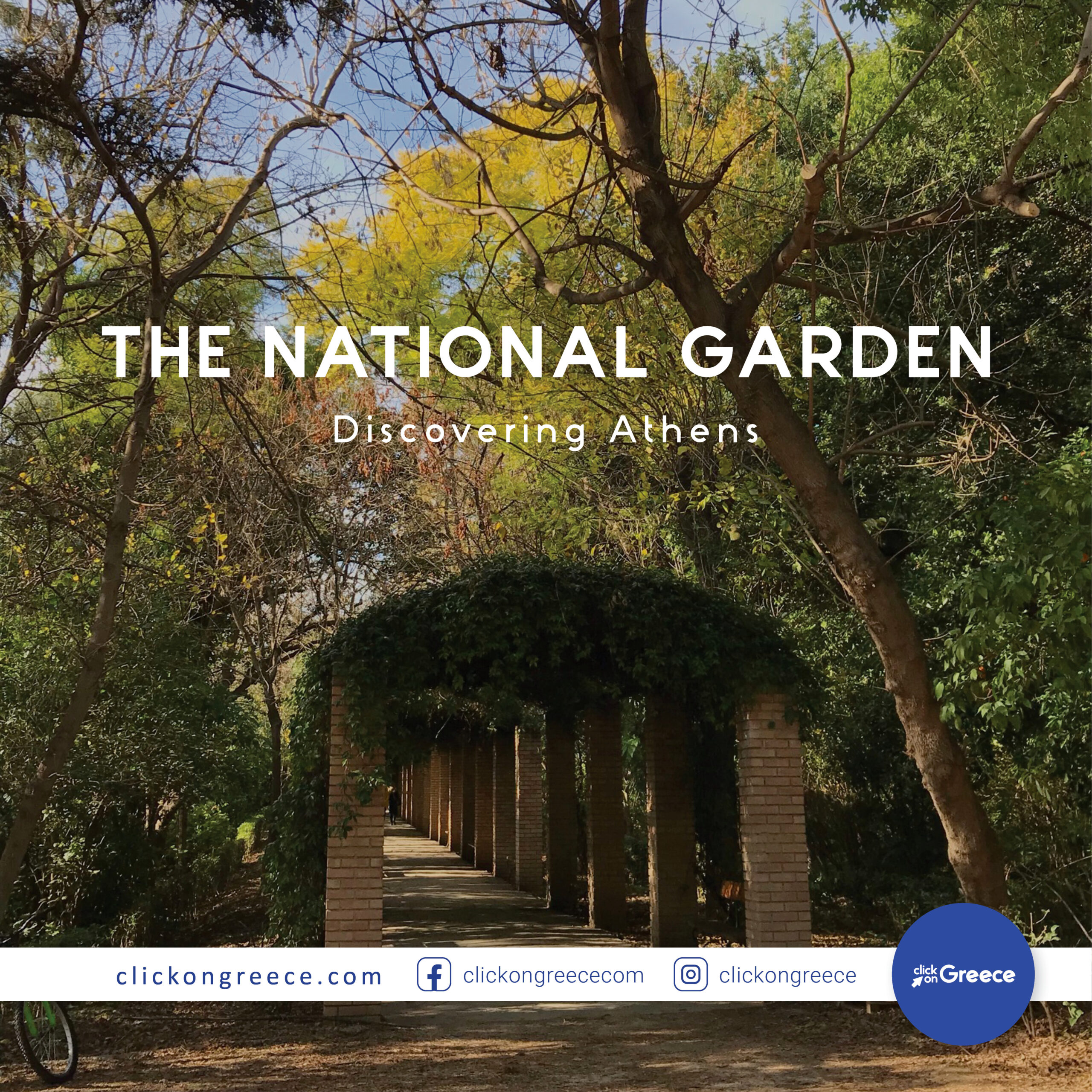 Today we bring you another post in the series “Discovering Athens”.
It’s about the National Garden, a must visit if you have the chance to connect with nature, and it’s right in the center of the city! The National Garden of Athens is one of the largest green spaces in the entire Greek capital, located just behind the Greek Parliament building. It is made up of several gardens in the center of the city, forming a public park of about 15 hectares, with seven entrances among the whole park.
Queen Amalia had them built between 1838 and 1839 under the name of the Royal Gardens, and they were not opened to the public until 1923. The area was renamed the National Garden.
During the tour of the National Garden of Athens you will also be able to see a large number of archaeological remains, as well as the pond and the small zoo, which houses a number of aquatic species, with dozens of turtles that often attract large numbers of tourists. An ancient aqueduct built by Pisistratus serves as an irrigation channel and habitat for peacocks and water birds.
Some ancient ruins can still be seen, such as the numerous busts scattered throughout the site. In addition, this park has more than 500 different plant 🌿 species, of which those that have been able to adapt to the climate are preserved. The designer Friedrich Schimdt travelled the world in search of the most exotic and special plants, and the Greek naval forces were also commissioned to collect different plant species from all over the world.
There are cercis (Judas tree), carob trees, oleanders, cypresses, oaks, Australian pines, Spanish date palms, etc.
A walk through this place is usually linked to a visit to the Botanical Museum and the Zappeion Hall (a building that was used for fencing during the 1896 Olympic Games), which is now used for ceremonial feasts and meetings.
Entrance is public and therefore free of charge. An unmissable visit!
That’s all we have to tell you about the National Garden, we hope you liked it and, as always, found it useful.💡
See you at the next destination adventurers!✨😸🇬🇷
Previous Post
Next Post